This Pot Roast Recipe is a tried and true recipe our family has enjoyed for over 20 years! I can’t take the credit on this one as it was a recipe passed down from my Grandmother.

We know you hate hearing about stories in recipe posts. While I don’t really do a whole lot of explaining the story of the recipe, this one deserves just that. In short, this recipe was passed down by my (Step) Grandmother, Betty Boop. She was a woman known for golfing, riding her own white Harley’s and could cook like no other. In fact, I inspired to be like her the moment I met her. She was courageous, opinionated and very independent. Maybe that’s where I get it from!

Anyhow, every time the kids and I would arrive at Grandpa’s and Betty Boops house in Hayesville, NC we were greeted with this Pot Roast recipe. I can still smell their house! On the way out from our few day trips, she’d let me invade her pantry. I’d stock up on Blackberry Jam…it was so delicious. But, I was unable to get that recipe before she passed away of cancer.

This is one of those recipes that I hope inspire you to get back into the kitchen and create a delicious recipe for your family! It’s one for the recipe books and is seriously so easy to make….just watch the video below to see how easy it is!

What is the difference between an oven roast and a pot roast?

Pot roast is cooked in liquid whereas a oven roast is a dry cooked. The cut of meat is typically a rib-eye, rump roast, sirloin or chuck roast.

What cut of meat is a pot roast?

You can use a variety of types of meat to make a pot roast. I perfect a chuck roast, but you can also use a sirloin or round roast.

How does pot roast get tender?

I also add beer to my pot roast recipe as it is another way to result in a tender meat.

Are pot roast and beef stew the same thing?

I grew up in the mid-west and there are two different recipes! While they are both best slow cooked, I was raised on pot roast being a thin liquid gravy and a beef stew having a much thicker gravy. In addition, the pot roast I grew up on only consisted of onions, celery and carrots as the vegetables with the occasional potatoes being thrown in. When I think of beef stew, I think of other vegetables being added like corn, peas and even green beans.

Can I add potatoes to pot roast?

If you choose to add potatoes to your pot roast recipe I recommend going with a yukon gold potato as they won’t leave your gravy starchy tasting like a russet potato will.

How to Make a Pot Roast Recipe in the Slow Cooker

Place your celery, onions and carrots in the bottom of a slow cooker.

Next, pour a beer over the top of your veggies along with a cup of beef broth.

Next, place your roast on top.

TIP: The beer will cook off. However, if you don’t want to use a beer, simply use more beef broth or water. You want to cover the vegetables and the roast.

Slow Cook on low for 6-8 hours until your roast is cooked through and tender.

Whenever I do recipe videos, I ALWAYS get asked what the tool is that I am using to break down the meat. I have literally used everything on the planet and the Mix N Chop is hands down the best tool, especially for getting fine meat. Not to mention it’ll shred Pot Roast and chicken. I also use it to make mashed potatoes!

How do you thicken sausage gravy?

Serve over mashed potatoes or with buttered bread!

What to serve with pot roast?

Growing up as a kid we often times just ate this by itself. With the vegetables this pot roast recipe is pretty filling. However, sometimes Betty Boop would serve us: 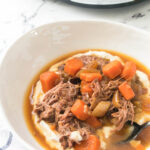 Print Recipe
This Pot Roast Recipe is made in the slow cooker and a tried and true recipe our family has enjoyed for over 20 years! I can’t take the credit on this one as it was a recipe passed down from my Grandmother.
Course Main Course
Cuisine American
Keyword cooker, crock, instant pot, pot, roast, slow
Prep Time 5 mins
Cook Time 8 hrs
Total Time 8 hrs 5 mins
Servings 6 people
Calories 306

How to store leftover pot roast

Just put any leftover pot roast in an air tight container and store in the fridge for up to a week. I don’t like keeping leftovers any longer than that.

How to Re-Heat Pot Roast

I seriously think pot roast is better the next day. The flavors marry together and it’s sooo good. But, I typically will reheat pot roast in the microwave for a few minutes, stirring it once or twice.

welcome to our part of the web!

Welcome! We are so glad that you are here! We are a family living in Cincinnati, Ohio and want to share our recipes with you. Every recipe you find here has been made time & time again...and often requested by friends and family. We love to use the Blackstone, smoker and use the hell out of the Air Fryer! We can't wait for you to try our recipes! Be a doll and follow us on your favorite social media platforms, PLEASE?!? Cheers, Marci and Kids!

Check out our Web Stories! 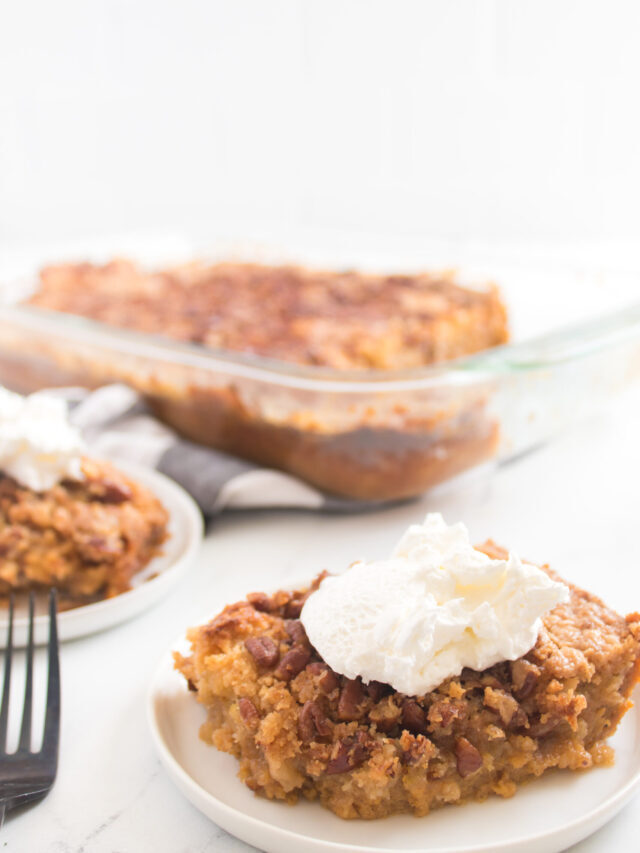 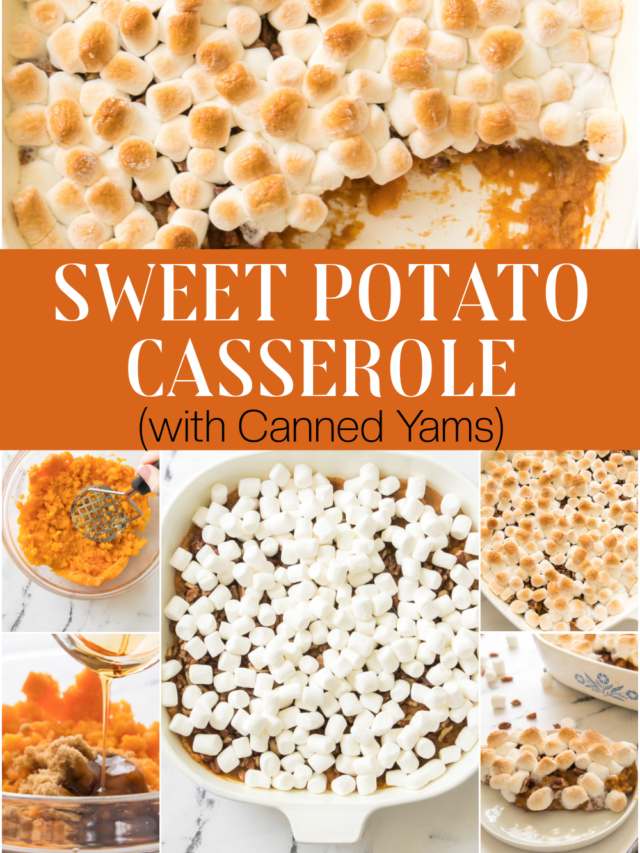 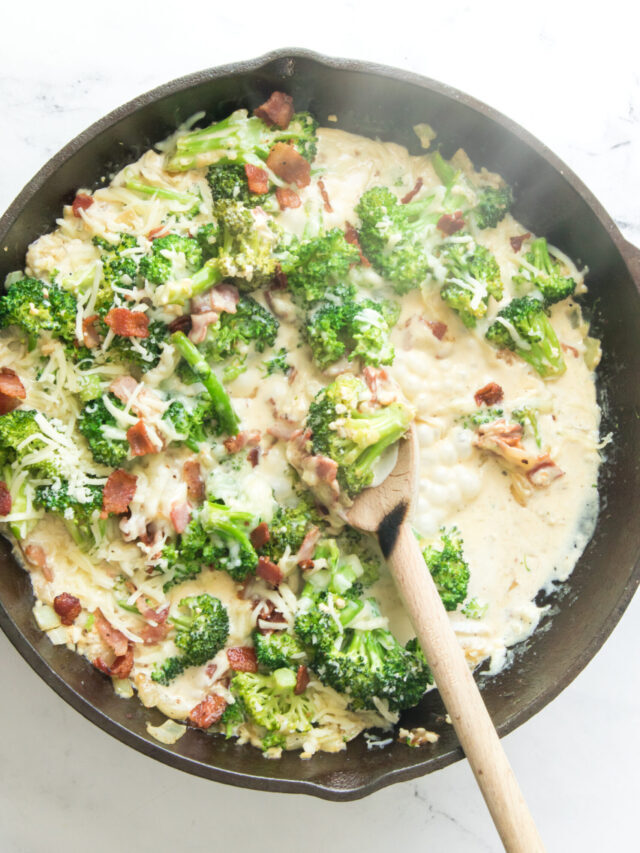 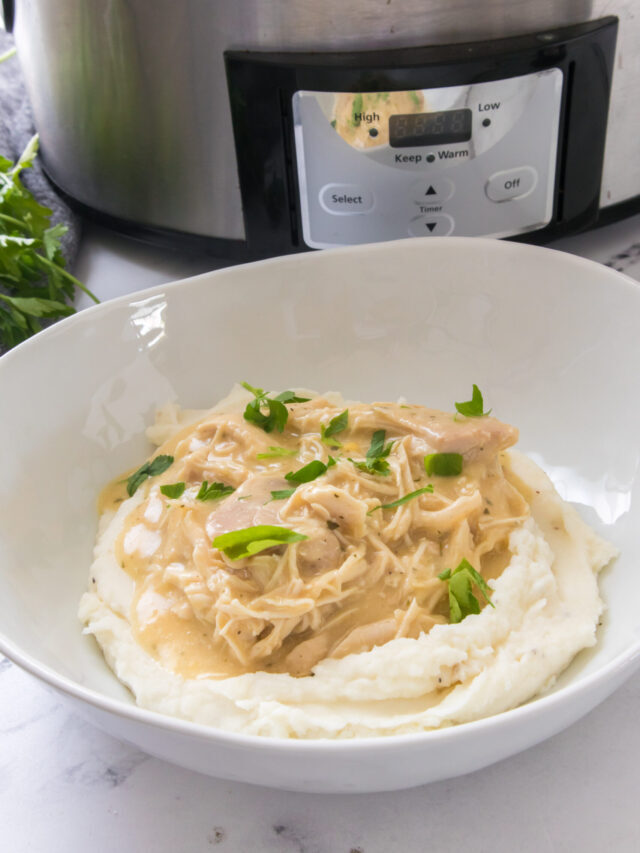 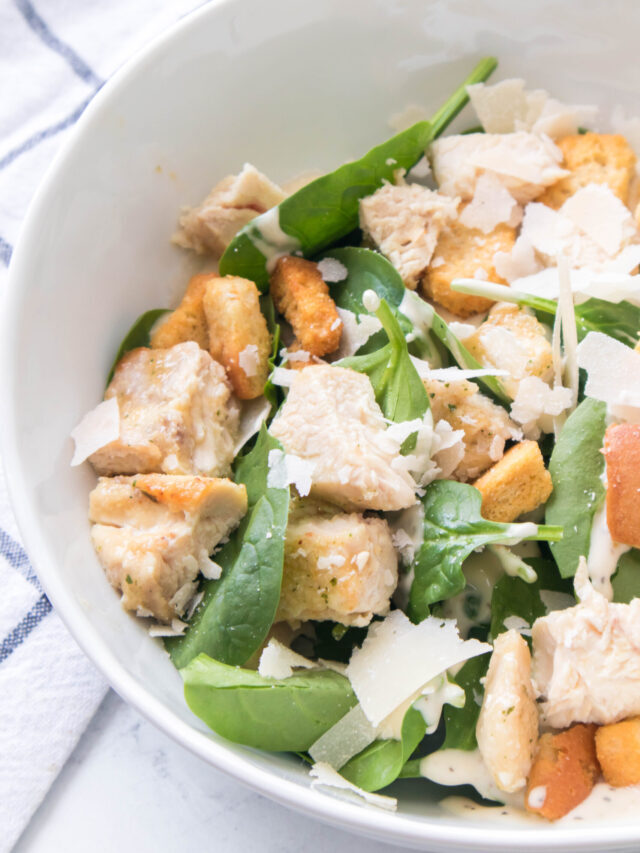 Latest Recipes From Our Kitchen! 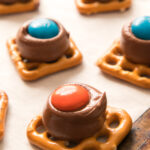 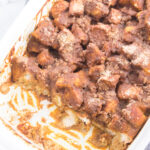 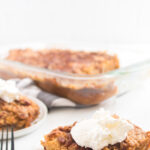 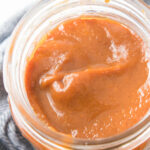